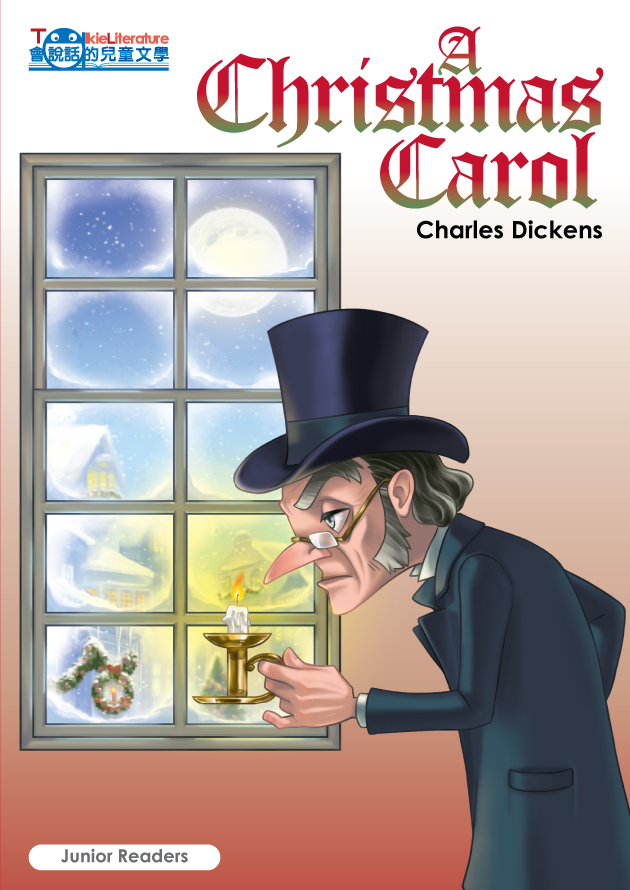 A classic by Dickens and a must-read Christmas story. When Jacob Marley dies, Scrooge becomes an elderly miser living by himself. On Christmas Eve, he is visited by Jacob Marley's ghost and three other spirits. They show him how terrible he has become. Can Scrooge learn his lesson and become a better person?

Scrooge and Marley were friends and business partners. They opened a shop together called Scrooge and Marley's. But on Christmas Eve, Marley died from sickness. After that, Scrooge became a greedy and lonely miser who hated Christmas.

"What reason have you to be merry?" Scrooge asks. "There's nothing merry about Christmas. I don't know why people are celebrating. They all should focus on earning more money instead. Only fools say Merry Christmas," says an annoyed Scrooge.

"Uncle," pleads the nephew, "but Christmas is a happy time! Don't be angry, uncle. Come dine with us tomorrow." 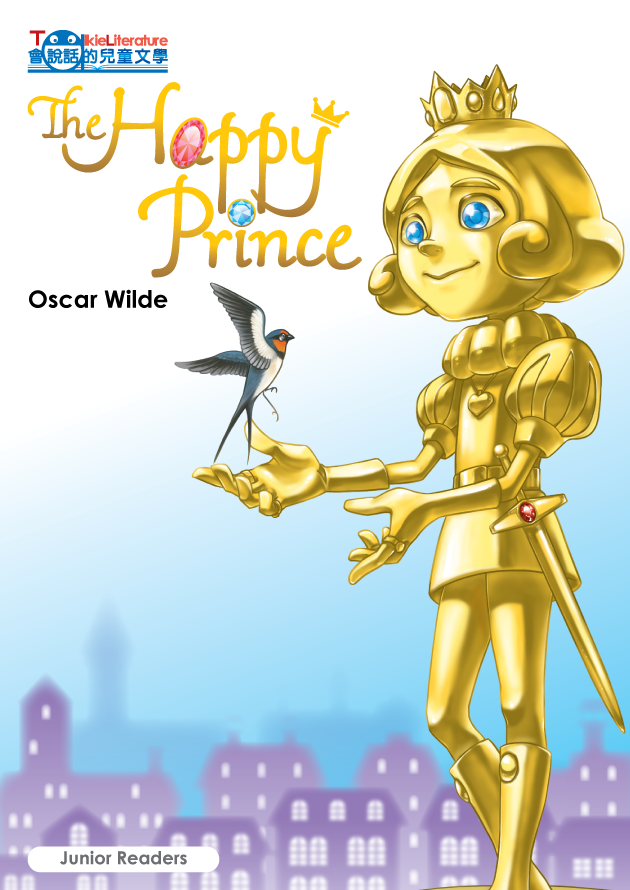 One day, a swallow meets a prince statue who asks the swallow to help the poor people in town. And so the story about generosity and selflessness begins with this unlikely friendship…

High above the city, on a tall column, is the statue of the Happy Prince. His body is gilded all over with thin leaves of fine gold. Both of his eyes are made of bright sapphires. A large red ruby glows on the hilt of his sword.

Many people admire the Happy Prince. One of the Town Councillors is known for having great taste in arts. When he looks at the statue, even he cannot help but notice how beautiful it is. "This is one of the best statues I have ever seen without a doubt!" he exclaims. A little boy is crying in the streets. "Hush, my boy!" says his mother. "Why can't you be like the Happy Prince? He never cries. He never whines. He just stands there smiling." 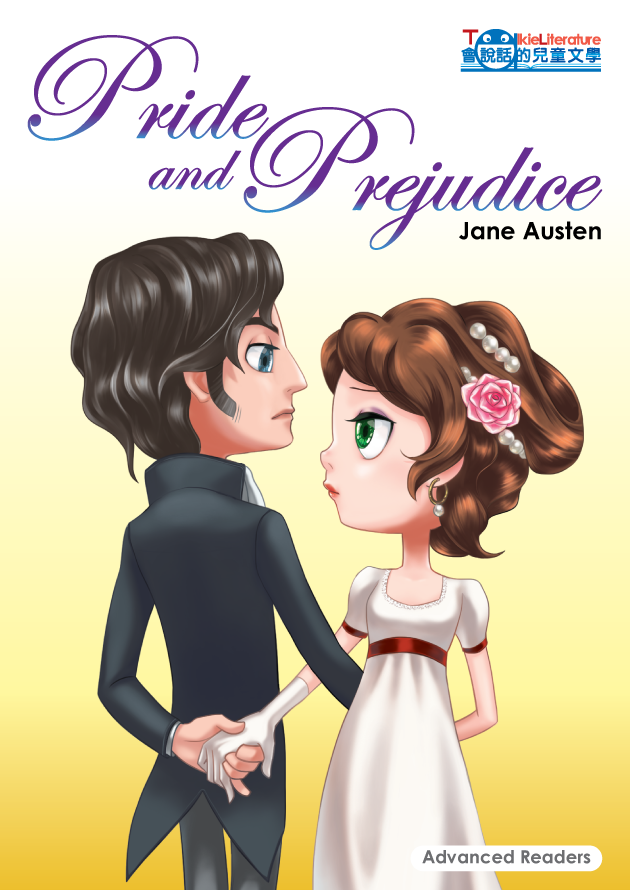 The Bennets were in trouble! The five daughters were single. They would be kicked out of their house once their father was dead. This left them no choice but to find a partner for marriage as soon as possible. Could they do it? Witness their journey on the search for true love.

In the 19th century, there was a girl called Elizabeth Bennet. She lived in an estate with her parents, Mr and Mrs Bennet. Elizabeth had many sisters, including Jane and Lydia. Mrs Bennet was worried about her daughters. Their estate could only be passed down to a male. Since Mr and Mrs Bennet had no son, when Mr Bennet died, they would lose their home. Mrs Bennet hoped her daughters could find a husband as soon as possible. One day, they heard a wealthy man, Mr Bingley from the north of England, was taking over a nearby estate at Netherfield. He was going to a ball soon to meet with the locals.

That night, many families, including the Bennets, had arrived at the ball. After a while, Mr Bingley, the good-looking gentleman appeared with his friend, Mr Darcy. Mr Bennet went to Mr Bingley to introduce his family. Mr Bingley was instantly captured by the beauty of Jane, their eldest daughter. He could hardly focus on anyone else. 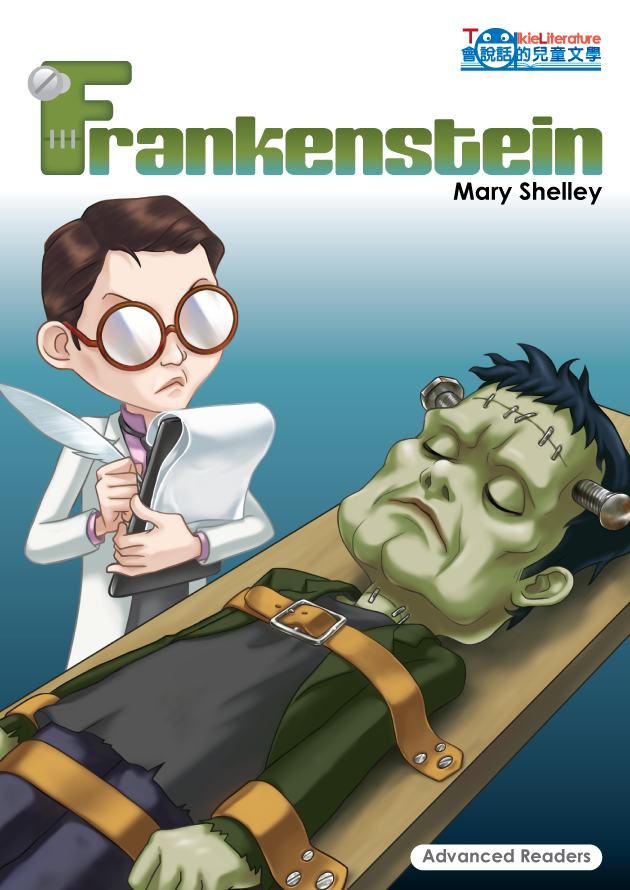 Victor Frankenstein the scientist mistakenly brings a monster to life and abandons him. Alone and frustrated, the creature decides to go on a path of revenge to haunt his creator…

It was the late 18th century. Captain Walton was leading his crew on a ship. They were going to be the first group of people to reach the North Pole. But they had run into a storm.

"Captain, we can't see anything in this weather!" a crew member said.

The crew pressed on. Suddenly, the ship stopped. It had crashed into something huge. "It's an iceberg, captain. We're trapped."

Captain Walton had no choice but to stop for now. He ordered his men to break the ice to free the ship so they could start moving again as soon as possible.

"Captain, these men are tired. They need to rest."

"We can't give up now," Captain Walton insisted.

"How many men have to die for this mission, Captain?"

"You will do as --" Captain Walton stopped when he saw a man walking towards the ship.

"Please, I'm looking for someone," the man begged. He had been out in the cold for so long he could hardly stand.

"You're in no shape to look for anyone. Why don't you come inside and get warm?" Captain Walton took the man to the ship quarters.